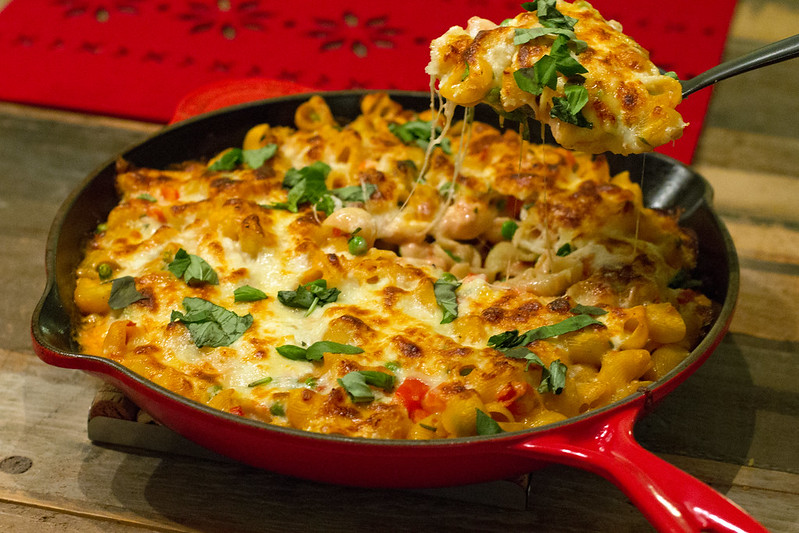 Between the two cheese-loving men in my household, we wind up with a lot of bricks in the fridge at any given time. Mozzarella, cheddar, manchego, gruyere, you name it. Plus I use ricotta a lot, and consider Parmesan a staple (obviously). So basically, even though my toddler can put down almost as much cheese as my husband, and I have never known my husband to turn down a slice of cheddar, every now and again I realize we have a little bit of this, a little bit of that – and it all needs to get used up sooner rather than later. 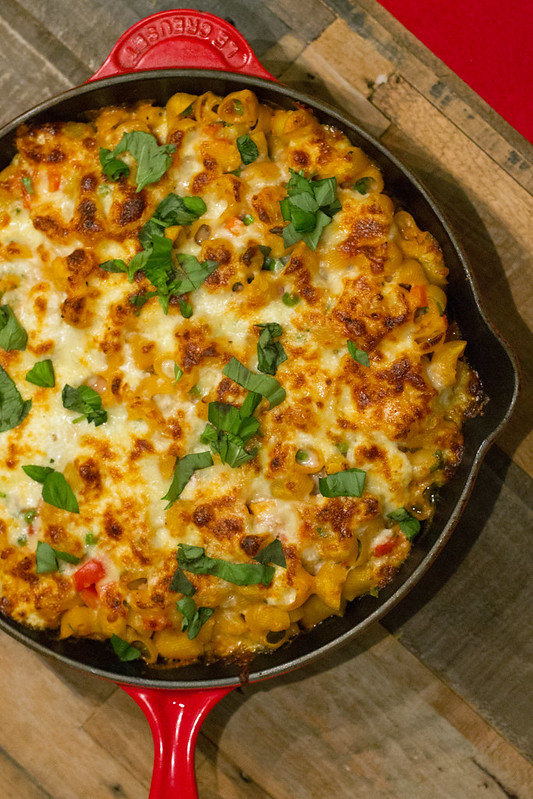 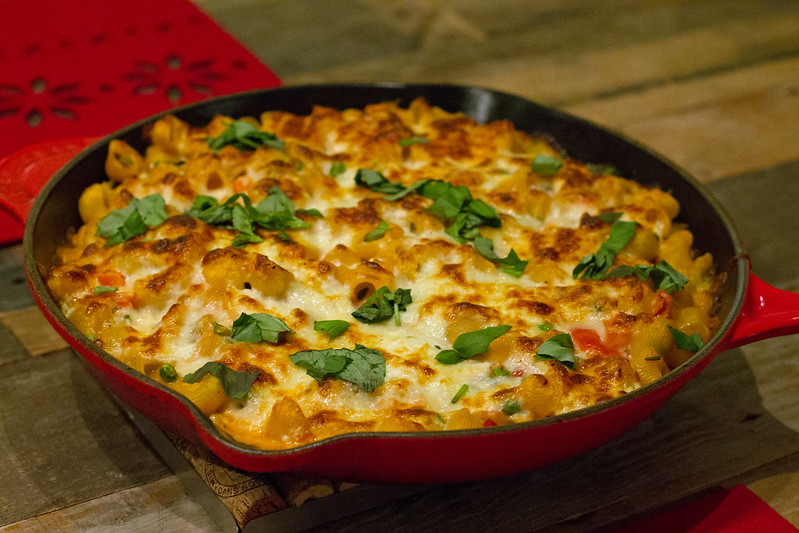 If you ever have the same issue, this pasta dish is the answer. I’ve made it three times, each with a different mix of cheeses, and every single combo has been delicious. The kind of meal you’re tempted to keep picking at long after you’re full, just because. It probably has something to do with the crisp, toasted cheesy surface, or maybe with how perfectly the sauce at the bottom of the skillet lends itself to sopping up with the last bites of pasta or a torn-off hunk of crusty bread. The last time I made this for dinner, I added a little extra veggie, just to make it more of an all-in-one meal. It certainly wasn’t any worse for the additions, and I believe Henry might have even eaten a few peas. Peas soaked in cheesy tomato sauce, admittedly, but still it’s a green vegetable down the hatch, right? Growth, my friends, growth.

*Note: You can substitute freely mix and match, and adjust the amounts of each cheese to suit what you have on hand, as long as you end up with approximately 9 ounces total of grated cheese. Use your imagination! I’ve swapped in various amounts of Parmesan, gruyere, gouda, and emmenthal with success. I would recommend keeping in the 5-6 ounces of ricotta, because its creamy texture helps the other, grated cheeses bind together nicely.

Welcome to Nourish and Fete, where I hope you find inspiration to help you eat well and celebrate the everyday.